DATAMARK SYSTEMS S.L., founded in Spain in 2015, takes another step in its continuous international expansion, starting, as of September 13, 2022, its direct operations in the North American market (United States, Canada and Mexico) , with the opening of its subsidiary DATAMARK NORTH AMERICA LLC, with operating centers in the states of Illinois and Connecticut in the United States.

The objective of setting up our own subsidiary in the United States is to offer, in a direct, more efficient and competitive way, DATAMARK superior technology marking systems and a better service to our current and potential customers in the North American market.

The new company DATAMARK NORTH AMERICA has been successfully presented at the recent edition of the IMTS fair (International Manufacturing Technology Show), thus assuming a milestone for our company as it is the first and only Spanish company, manufacturer of dot peen marking systems and laser marking machines, which is directly established in the United States. 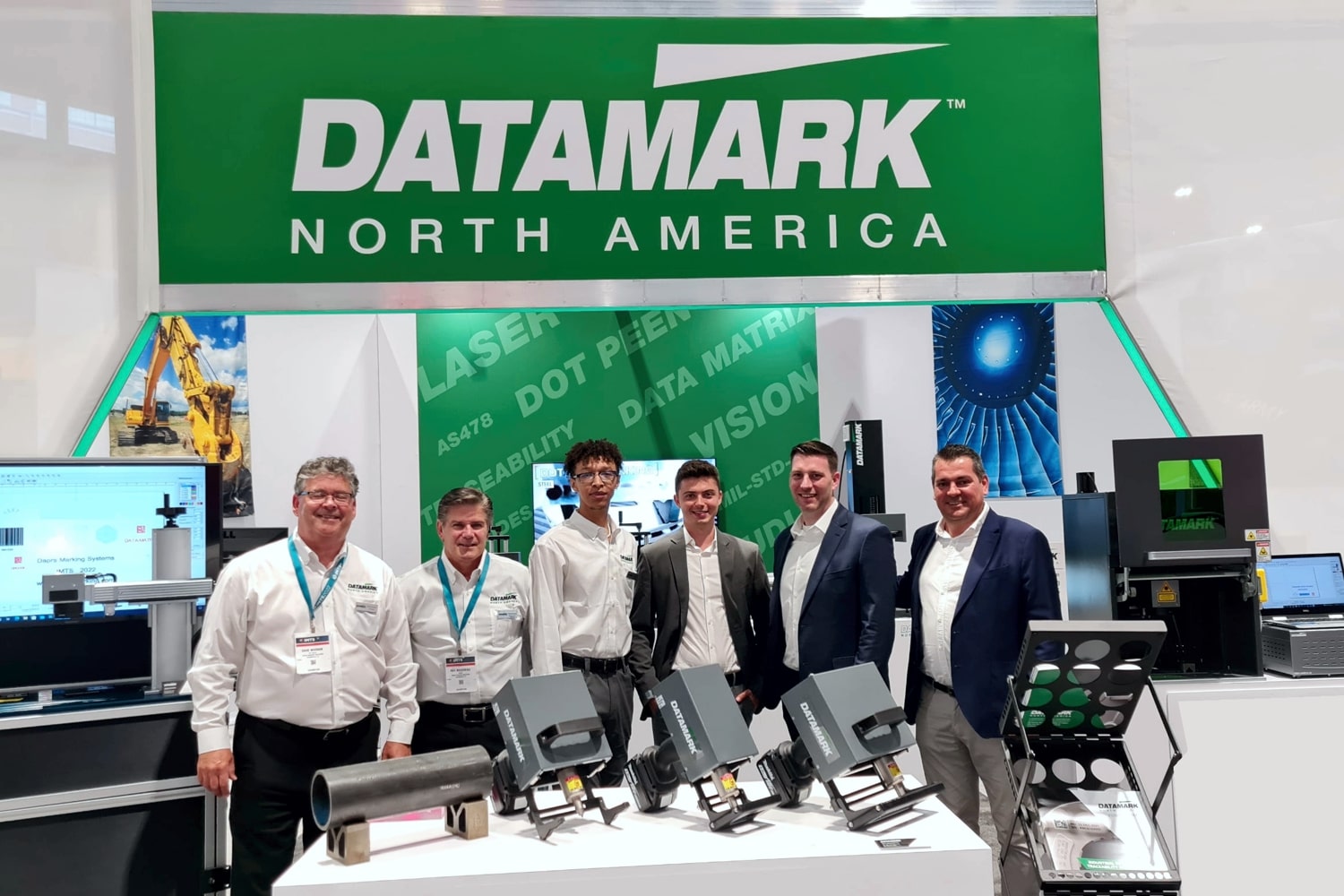 The Datamark North America team at IMTS 2022 in Chicago.